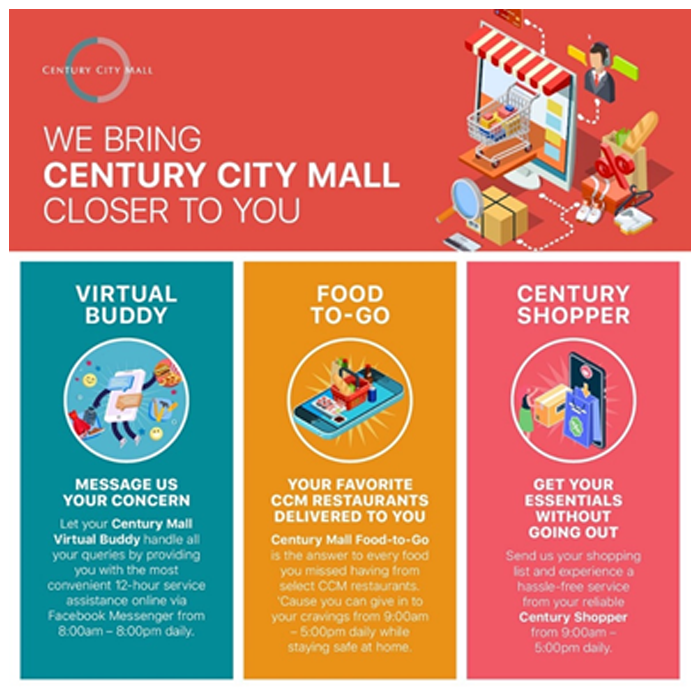 With Metro Manila still under strict quarantine measures, we’re all advised to stay at home and limit trips outside to important errands. While shopping for groceries and other essentials is a must, being able to do it without leaving the comfort of your couch is more than welcome. Recognizing the need of mall-goers to feel safe in these trying times, Century City Mall has launched its slew of online initiatives that aim to bring the mall and its offerings closer to its customers. By following Century City Mall on Facebook and with just a few taps on your mobile phone or laptop, you can have your favorite food and other supplies delivered to your doorstep. 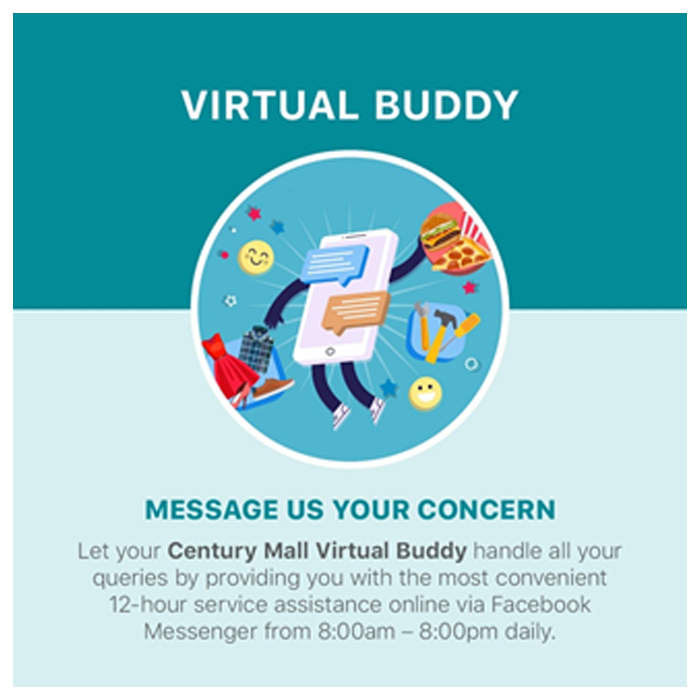 Planning to visit a store but you’re not sure if it’s open? Let Century City Mall’s Virtual Buddy assist you. The Virtual Buddy is every shopper’s online mall assistant who can answer queries through the mall’s Facebook page from 8am to 8pm, daily. You can also count on the Virtual Buddy to make advance orders and reserve items under your name from any restaurant or shop. To chat with Virtual Buddy, simply follow Century City Mall on Facebook and tap the Send Message icon. Starting August 14, Virtual Buddy will also be your gateway to two new services the mall is launching. 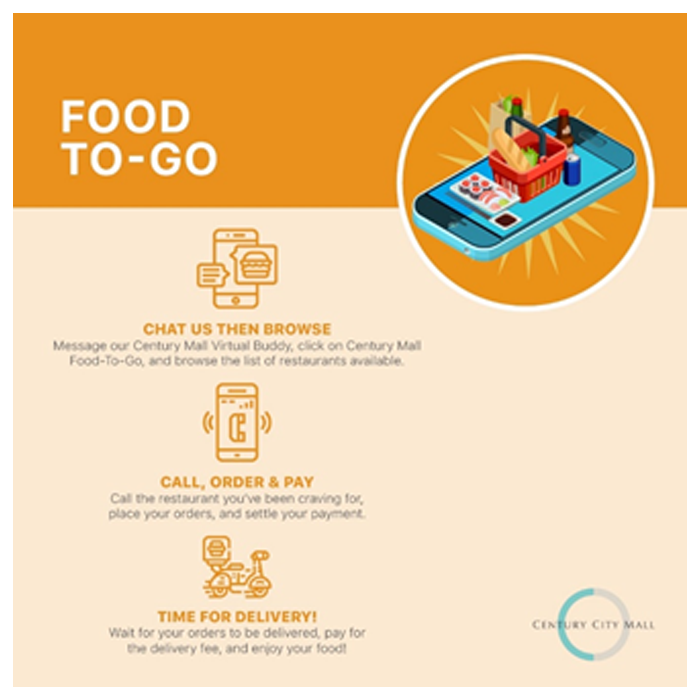 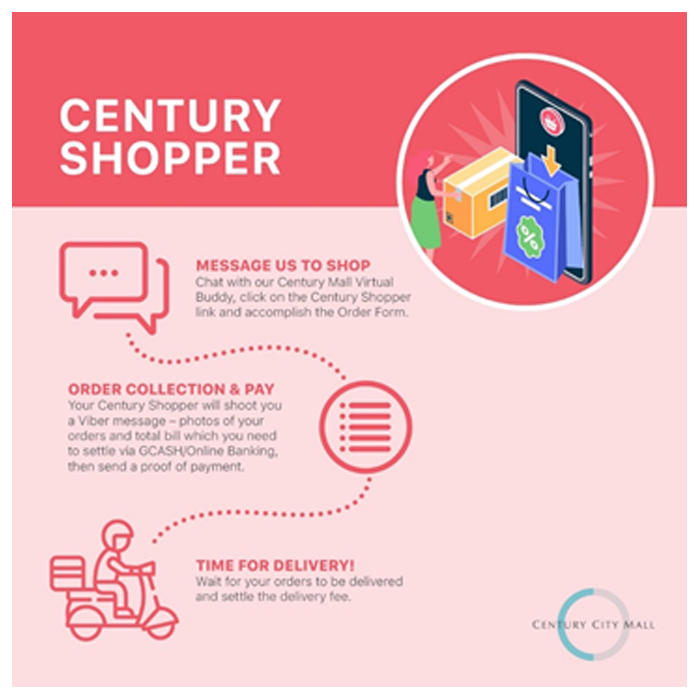 Going to the mall may never be the same, but it can still be a smooth and worry-free experience. Through the Century City Mall Virtual Buddy, you can still be closer to the Mall of Modern Makati.