You Can Live in These IG-worthy Condos Right Now : More than the Usual Condo For Sale

Where you choose to live becomes part of your identity and greatly shapes your lifestyle while you live there. And if you’ve decided that condo living is for you, the next question will be: which condo do you live in? Thankfully, some real estate developments now go beyond four walls and a roof and offer something extra. Because nowadays, condo living is more than just a necessity – it’s a lifestyle. So aside from having a place to sleep, eat, and take a shower, living in a condo allows you to maximize your precious time in the fast-paced life of the city.  And when you live in some of these properties, you can look forward to creating Instagram-worthy moments in your own home. So look beyond the typical listings under ‘condo for sale’ and uncover some of Metro Manila’s most stunning one-of-a-kind properties. 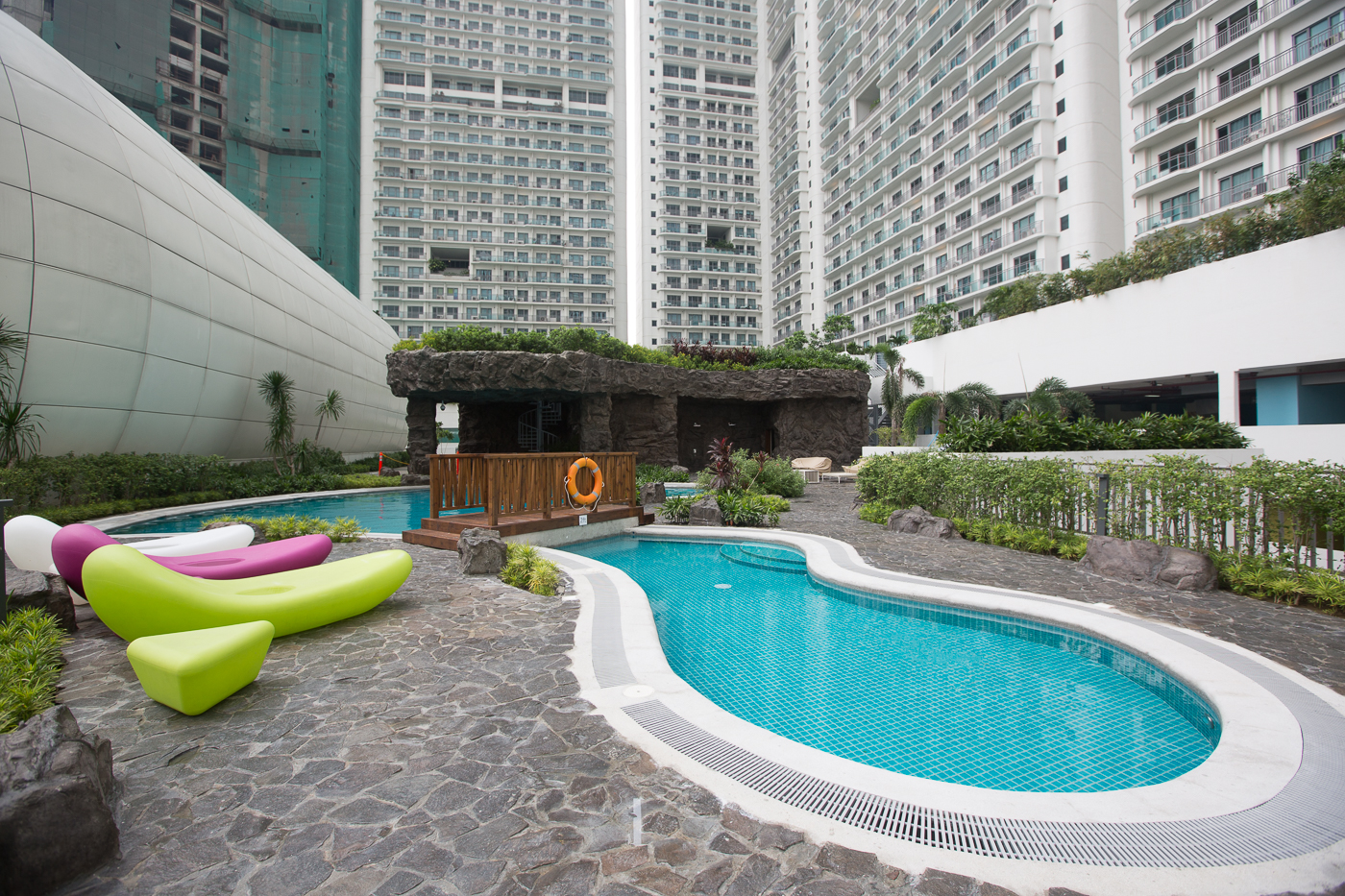 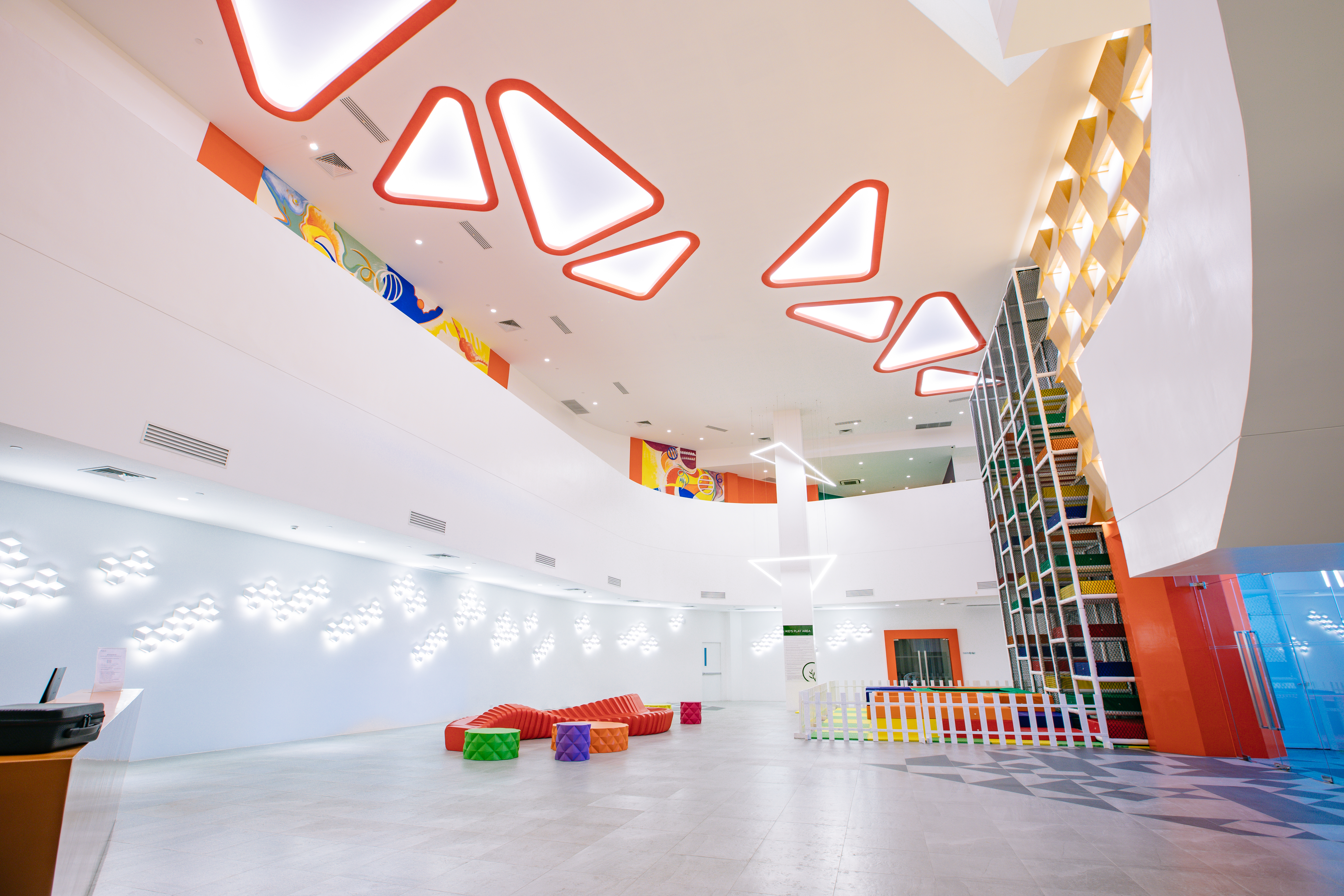 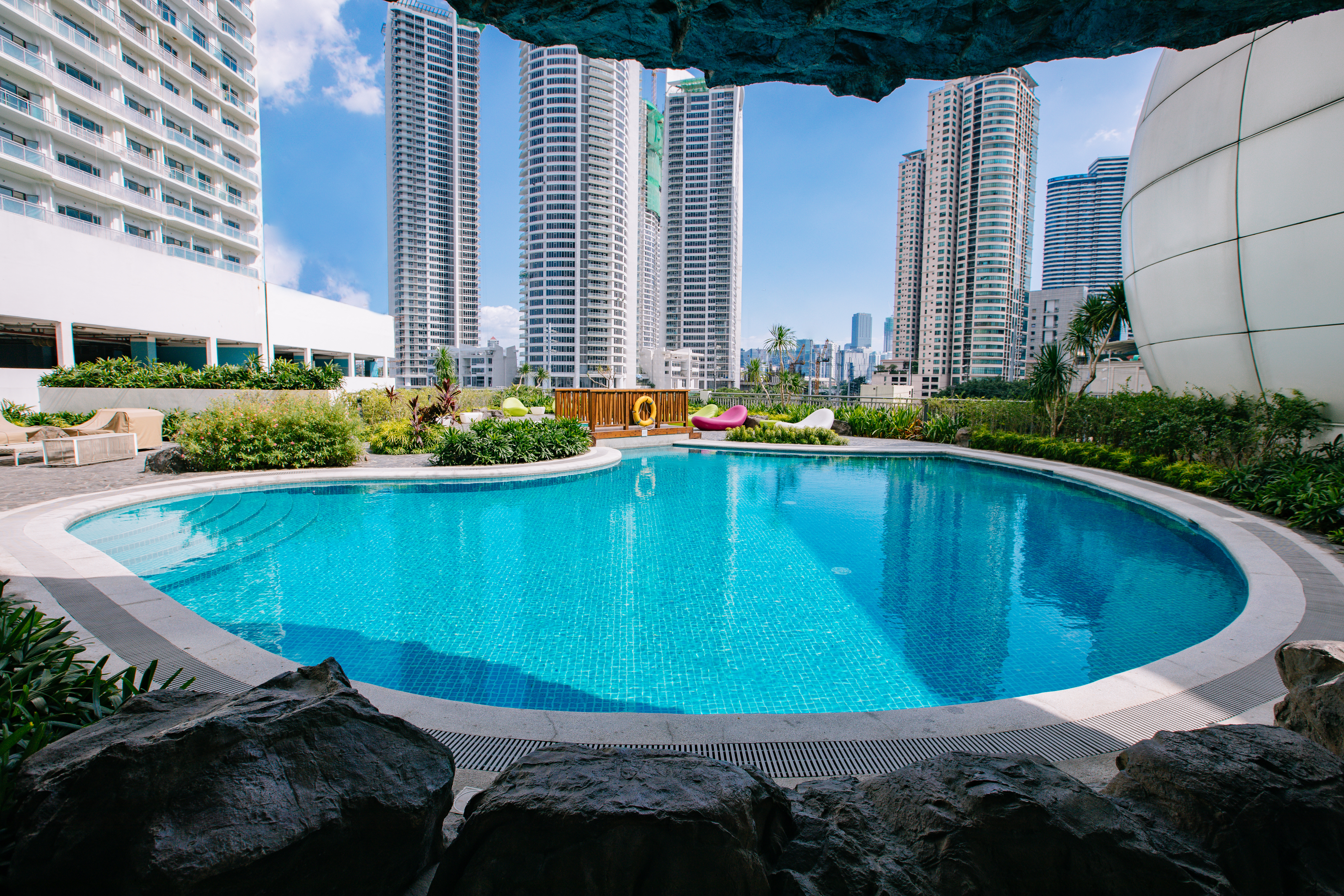 Whether you’re the active type, the nature lover type, the design guru type, or a combination of all three, you’ll find yourself right at home in Acqua Private Residences. Located literally just a bridge away from Makati, there’s a lot to love about this unique waterfront development. It has six towers to choose from – each with its own standout design and personality but all offering panoramic views of the city.

At the center of Acqua is a four-level clubhouse called The Pebble. Inside, there’s plenty of room to explore and a lot of activities to keep yourself busy. Need to workout? There’s a gym with its own TRX area and indoor garden occupying the whole expanse of the fourth floor. In the mood for a swim? Head out to the lap pool and Jacuzzi. Just want to kick back and relax? Grab a coffee or a drink at the café and juice bar or watch a movie at the comfort and privacy of the movie room. Bonding time with the kids? Visit the kids’ play area and library. Outside, there’s also the basketball court to shoot some hoops and the lagoon pool with its very own waterfalls.

The best part? Acqua brings nature to the city with its breathtaking water features and lush foliage which is best appreciated at The Eden, Acqua’s very own rainforest-inspired garden spanning the width of the whole real estate development. 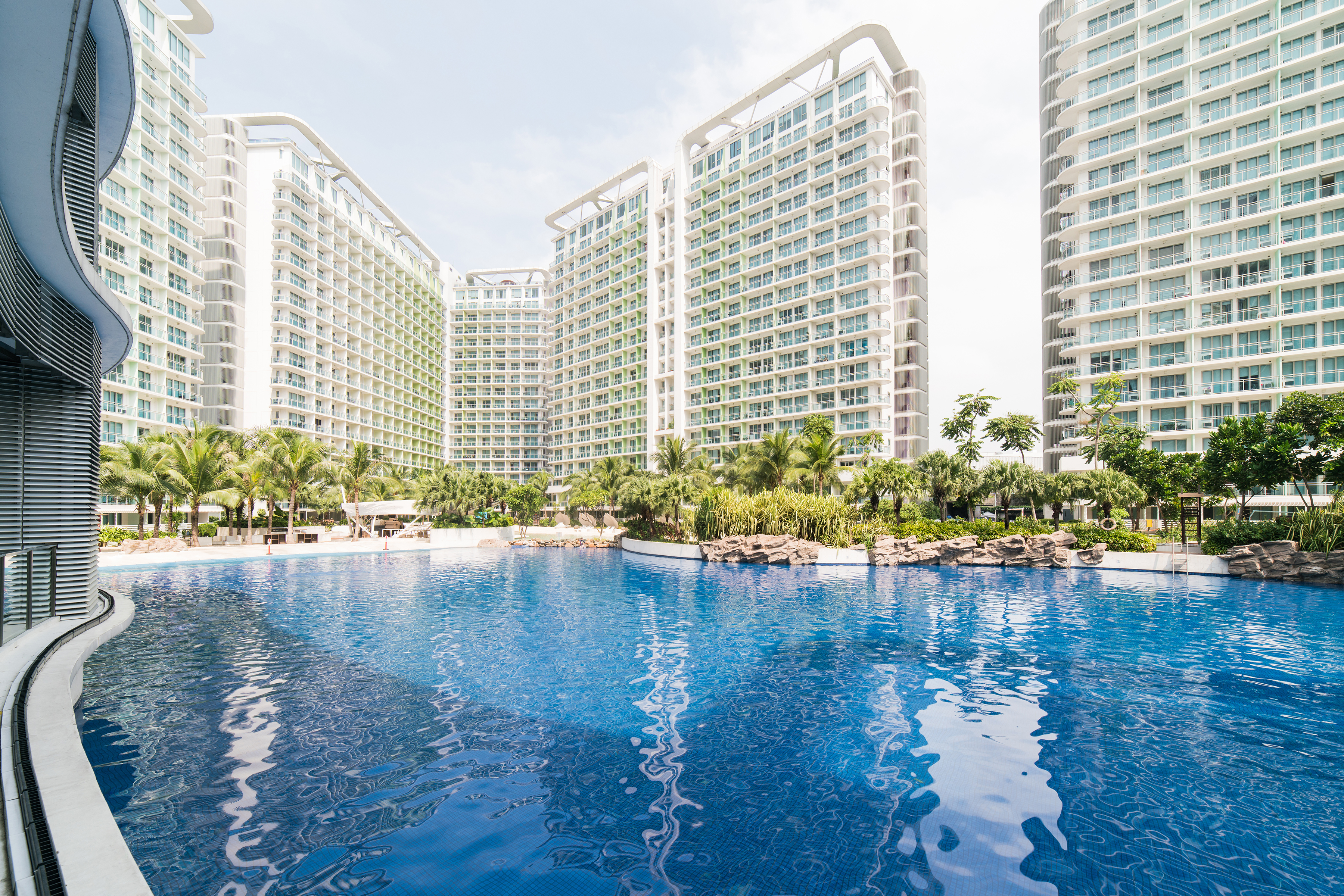 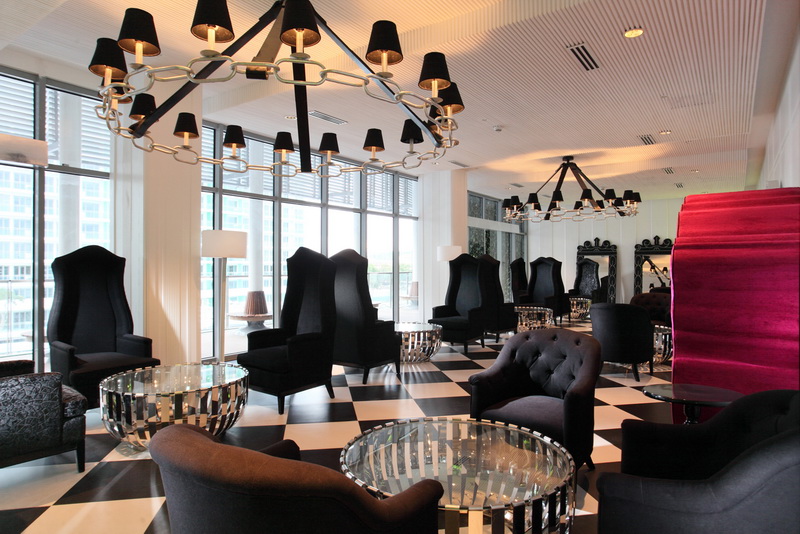 What if heading to the beach meant taking an elevator a few floors down instead of driving for a few hours or riding a plane? Enter Azure Urban Resort Residences, where summer can be enjoyed all year-round. For city dwellers constantly begging for some #BeachPlease and #VitaminSea in their IG feed, living in Azure might be exactly what they’re looking for.

Imagine a city condo with its very own beach! But Azure doesn’t stop there. The nine-tower urban resort community – the first of its kind in the country – also features a wave pool, lap pool, children’s water slide, beach bar, and beach volleyball area. And did you know that its clubhouse was designed by trendsetter and social media influencer Paris Hilton? The Paris Beach Club also features a gym with dance studio, male and female spas, an indoor restaurant, a movie room, a game room, function rooms, and cafe!

With so much to do and so much to see, living at Azure means enjoying a vacation every day without ever having to leave. Who wouldn’t want that? 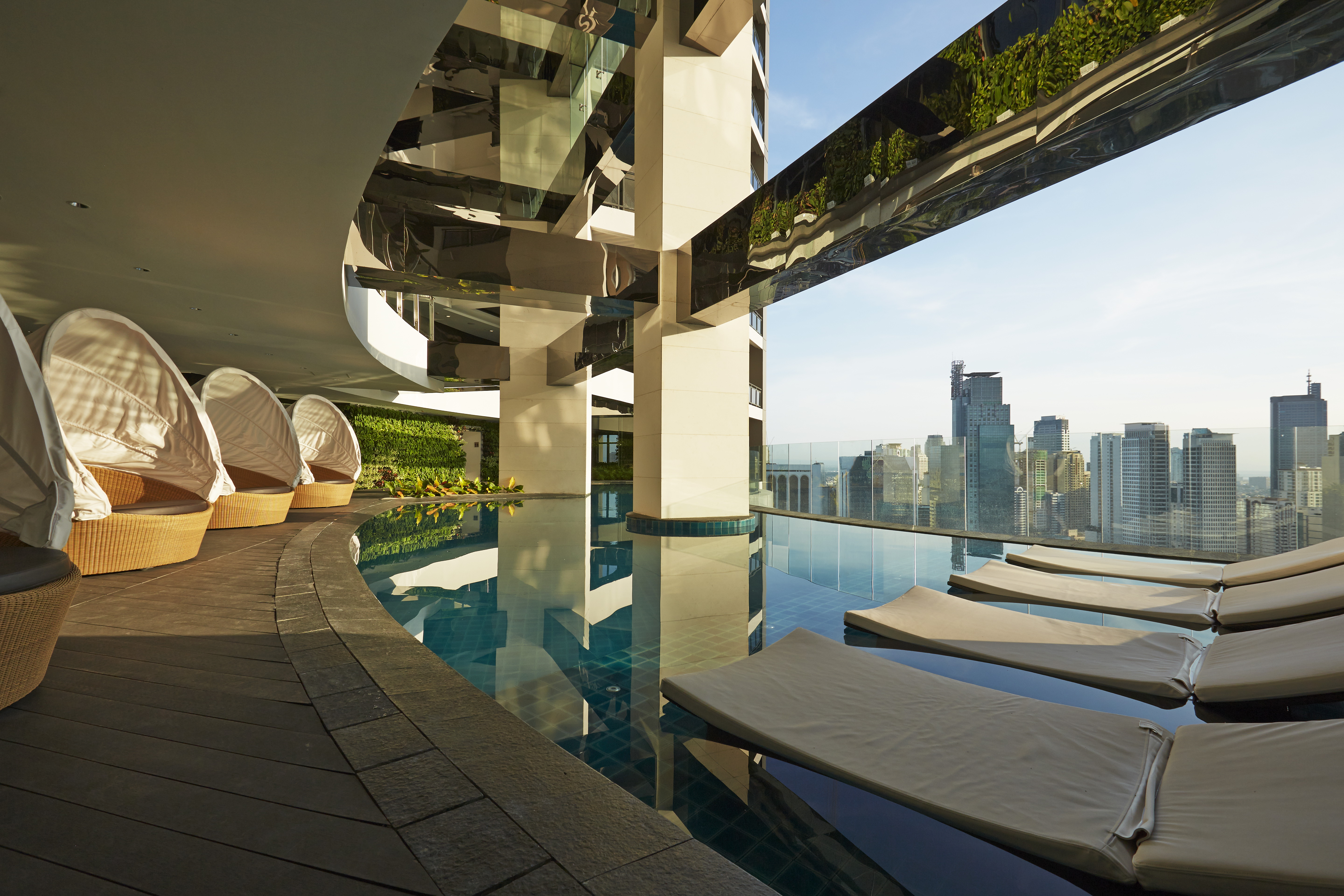 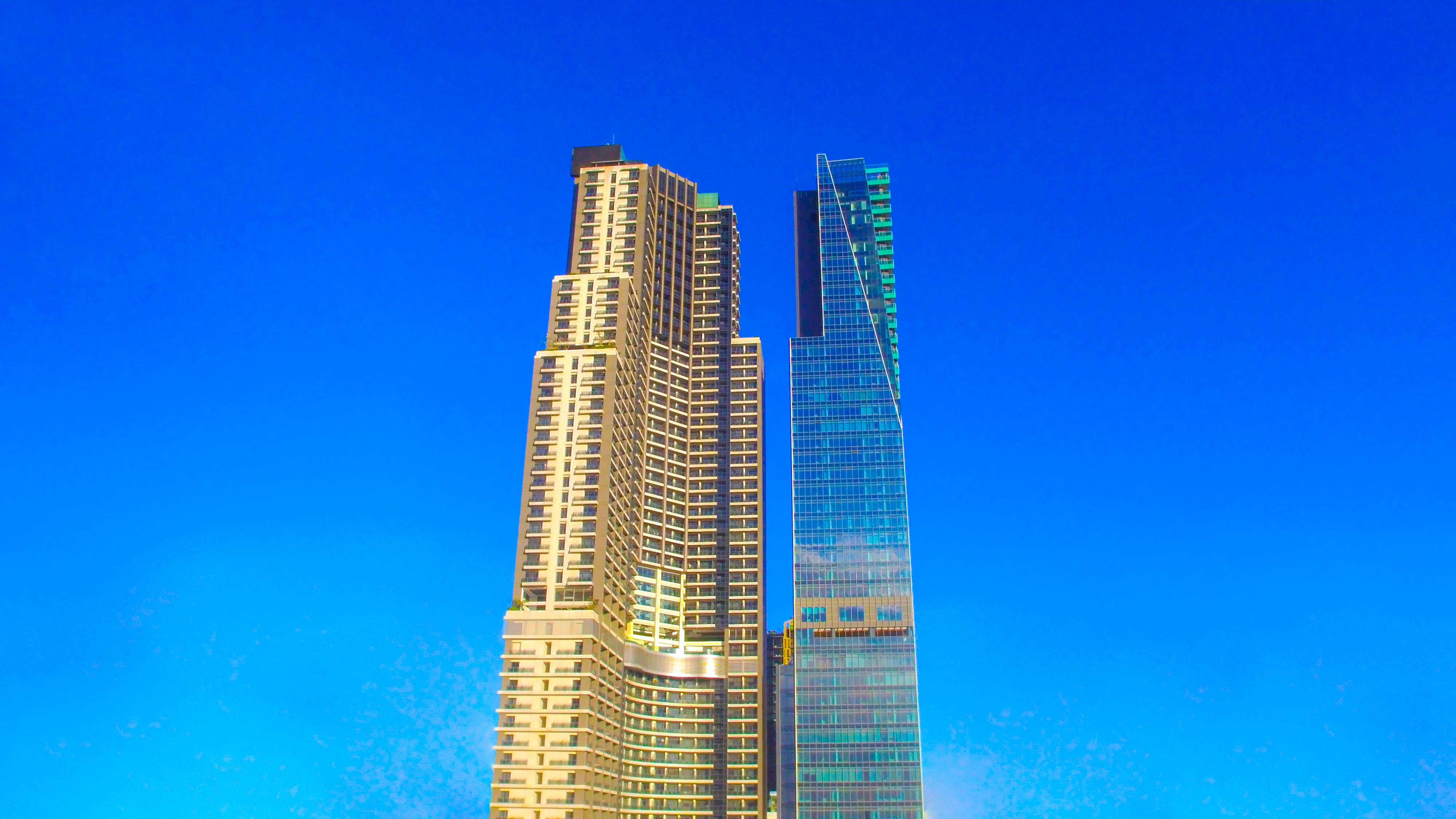 Stepping into Century City feels like a breather from the hustle and bustle of Makati’s downtown. With its glittering skyscrapers designed in collaboration with some of the world’s biggest design brands and personalities, Century City takes the phrase “living it up” to new heights. Every tower within this aspirational ‘city within a city’ is impeccably designed and undeniably chic.

Everything about the Gramercy is elevated, from its height (it’s one of the tallest buildings in the country) to its service and amenities (it’s the Philippines’ first hyper-amenitized condominium). Enjoy breathtaking views of the metro while taking a dip or running on a treadmill – thirty storeys above ground!

The Milano Residences is the address of choice for fashionable Makati. With its magnificent lobby, relaxing pool and juice bar, two-level gym and its very own hammam or spa – you’ll be living in the style and sophistication of one of the fashion capitals of the world. 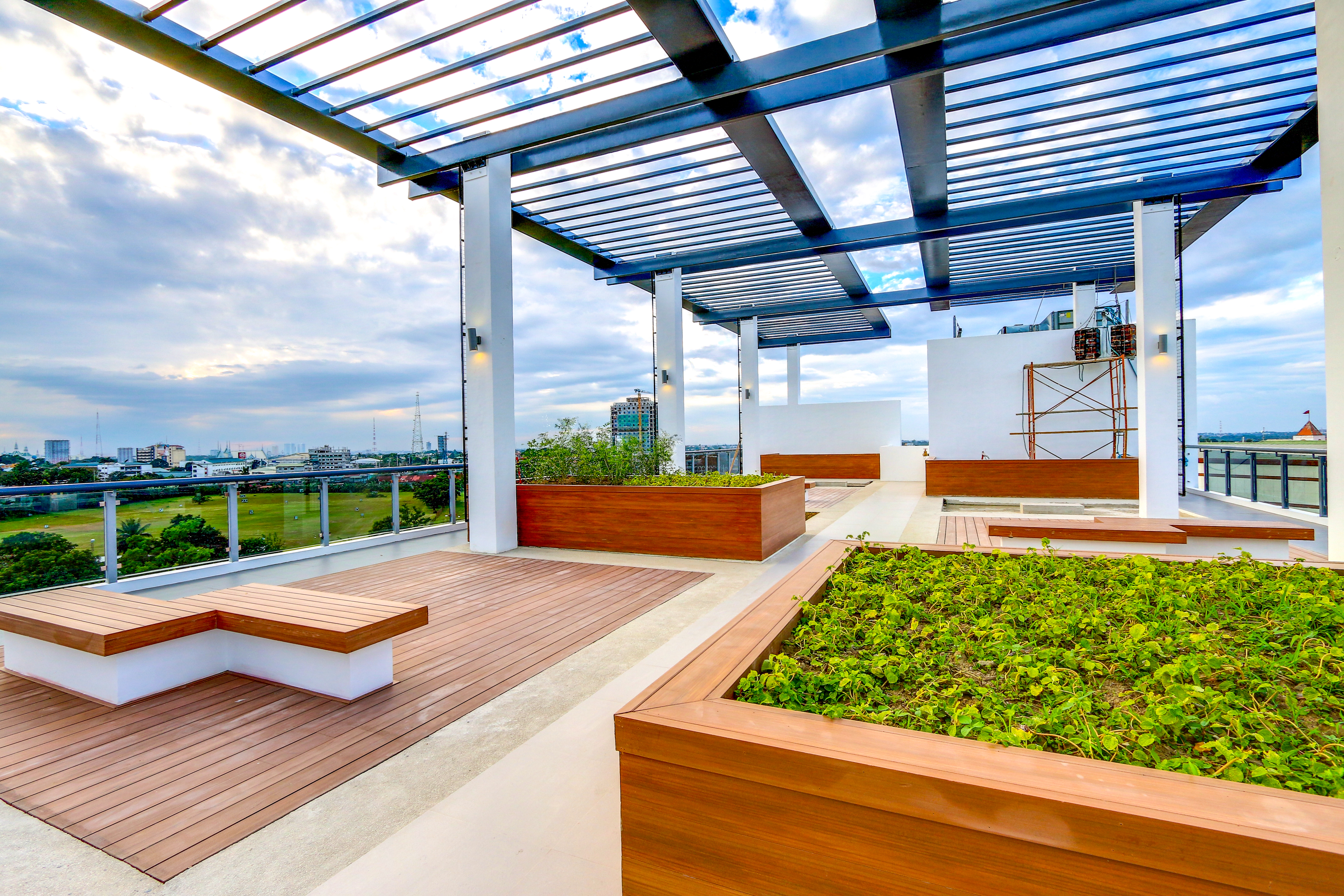 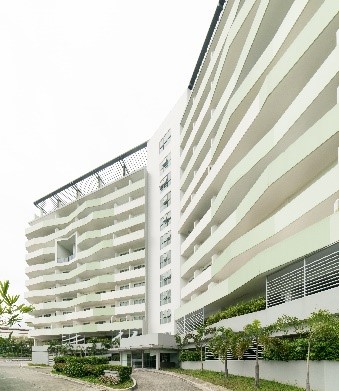 (L-R) The roofdeck at Osmeña West Tower. Roxas East Tower at The Residences at Commonwealth by Century

The Residences at Commonwealth by Century
Quezon City

Living a heartbeat away from the city’s top attractions has its perks but often at the sacrifice of having a serene and secluded environment. But what if you can have the best of both worlds – finding a condo for sale in a convenient and central location set amidst a sprawling green and blue estate? The Residences at Commonwealth by Century strikes the perfect balance of a city condo to keep up with your IG-worthy lifestyle. That means being at the beating pulse of the city one minute, and coming home to a sanctuary the next.

Making Commonwealth by Century your home in the city is a wise move for urban dwellers looking to be near everything they need to be – whether it’s going to school to some the country’s top academic institutions, going to work in the metro’s business and financial districts, or going to malls, churches, and hangout spots on the weekends. Convenient and accessible, the development is a five-minute walk to Commonwealth Avenue and the soon-to-rise Don Antonio Station of the MRT Line 7, which connects Quezon City to other major points in the city. But once you get home, you can leave all your worries outside and be embraced by the serenity of Commonwealth by Century’s wide open spaces, manicured gardens and refreshing water features. But there’s also no reason to be bored with plenty of unique fitness, entertainment, and hobby-specific amenities to choose from in its soon-to-open clubhouse – including a rock and roll studio, show kitchen, and arts and crafts studio. By giving its residents an uncommon urban lifestyle, Commonwealth by Century is truly a rare find.