The ceremony was led by the company’s President and CEO Marco R. Antonio and was graced by Century Properties brand ambassador and long-time Century homeowner, Piolo Pascual. Officials from the company’s various support teams were in attendance, including Century’s Design and Innovation Group, Sales Group, Turnover Group, Property Management Group, and Communications Group.

“In Century we have dreamed of a community that will set a new benchmark for residential living in Quezon City – a beautiful vertical village that is safe, well-designed and teeming with unique amenities. Now here we are, halfway through our vision. We look forward to completing this project soon and we thank all our employees and unit owners for its success,” Antonio said.

The Residences at Commonwealth by Century has been named as the Best Mid-End Condominium Development in Metro Manila at the 2018 Philippine Property Awards.

A sprawling eight-tower mid-rise community, the project enjoys a remarkable central location in Don Antonio Drive near the corner of Commonwealth Avenue and is very close to the future MRT 7 Don Antonio Station.

Its towers are all named after the Philippine presidents of the Commonwealth era. Osmeña West, Quezon North and Roxas East towers have been turned over, while Osmena East will open its doors in the fourth quarter.  The rest of the towers are targeted for completion in the next 2 years.

“I’ve been a Century resident for six years; half of my career,” Pascual said during the ceremony. “I live in a Century home and you could just feel the passion that they put into each development. It is inspiring to us homeowners.”

The “uncommon” amenities and features of the Commonwealth project go beyond the basics to deliver enhanced living experiences. At the Clubhouse, there will be an arts and crafts studio, study and library, screening room, a cooking studio, and a rock and roll studio.

Toddlers also get their own space via the crèche (a nursery) and kindergarten. Adults can enjoy doing their fitness routines with the athletic boot camp, gym and dance studio.

Security is also a top-notch priority with surveillance cameras and 24/7 security personnel. 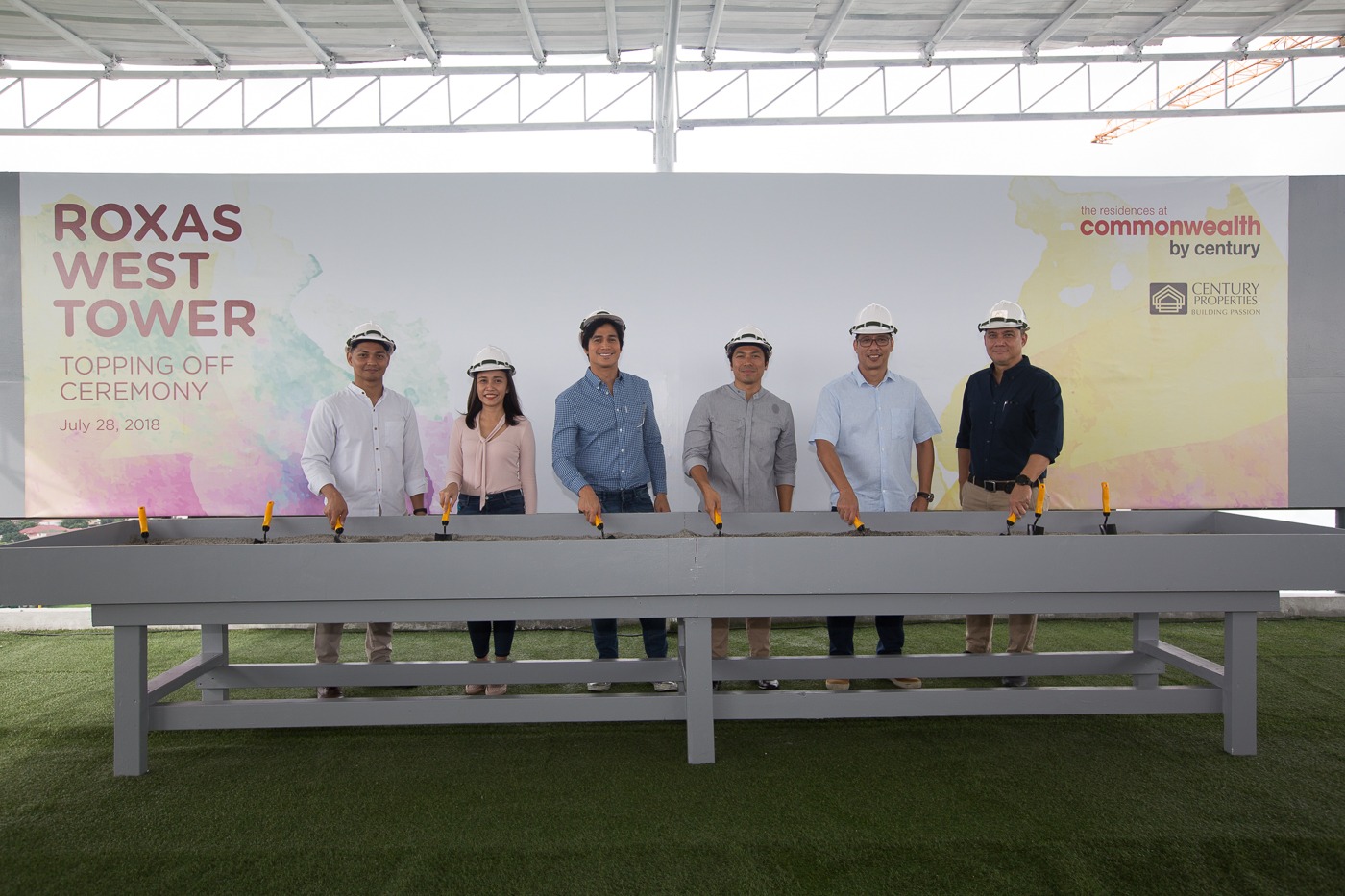 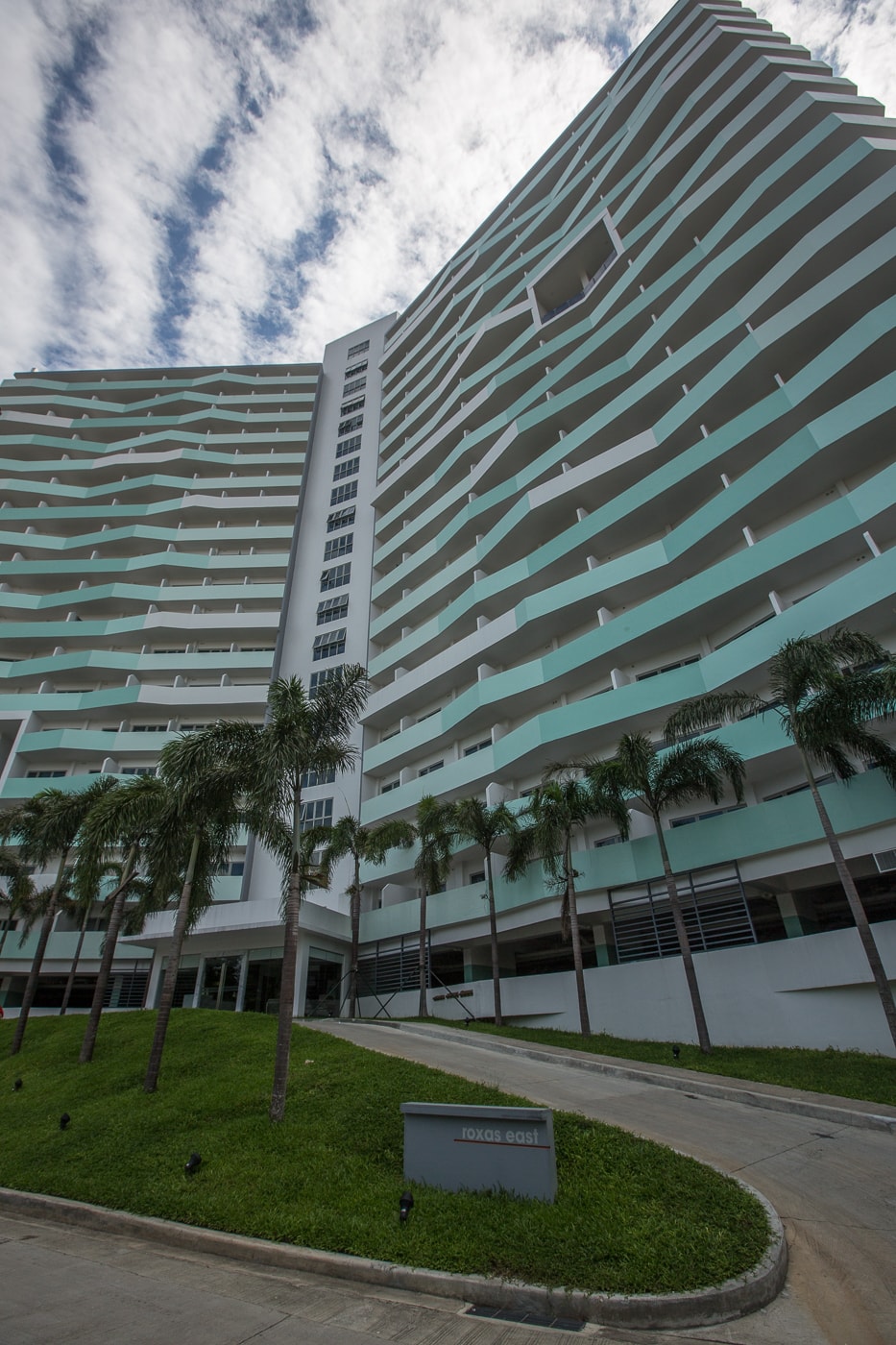 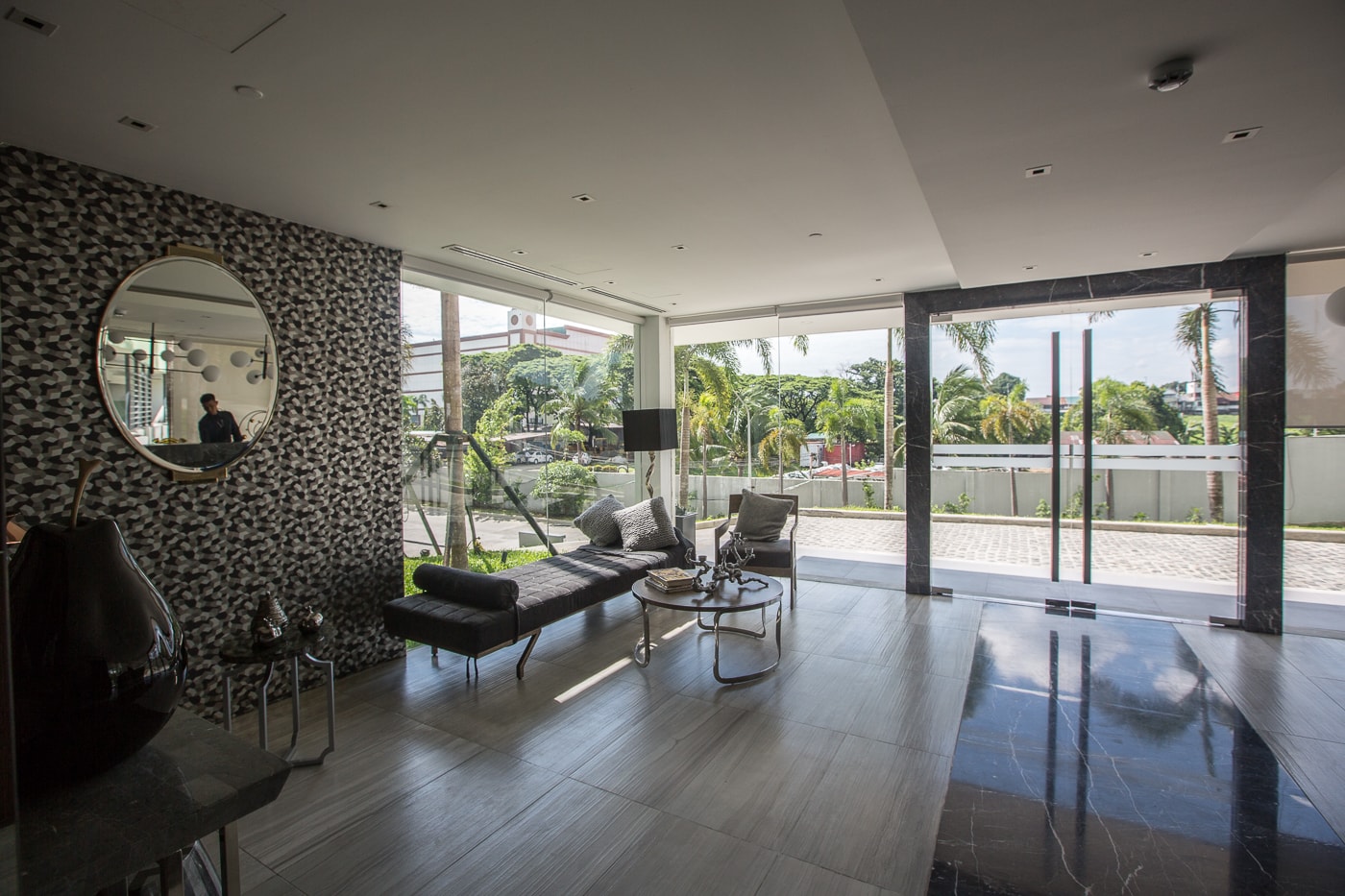 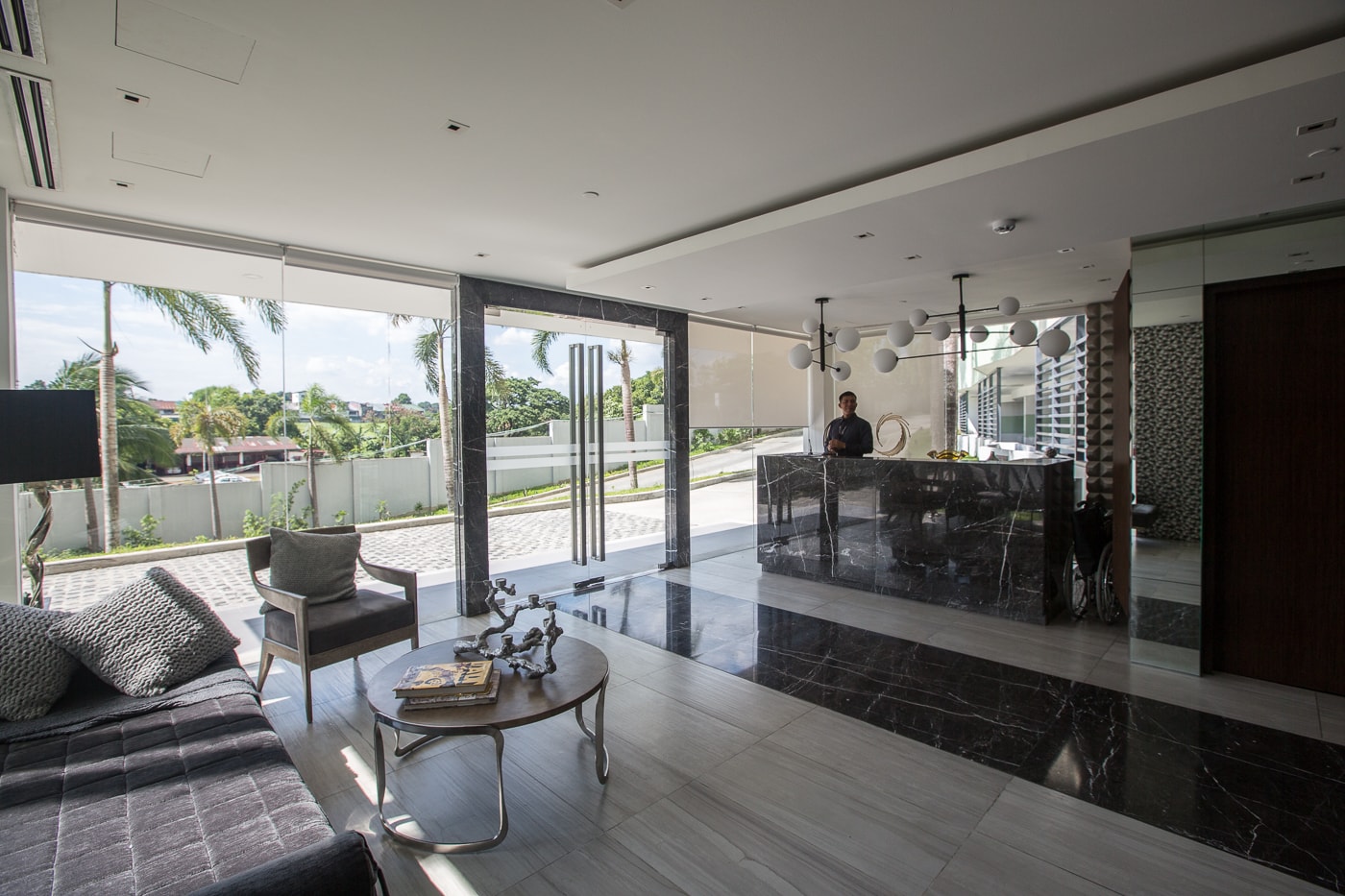 The completed Roxas East tower (left) and its lobby (right). 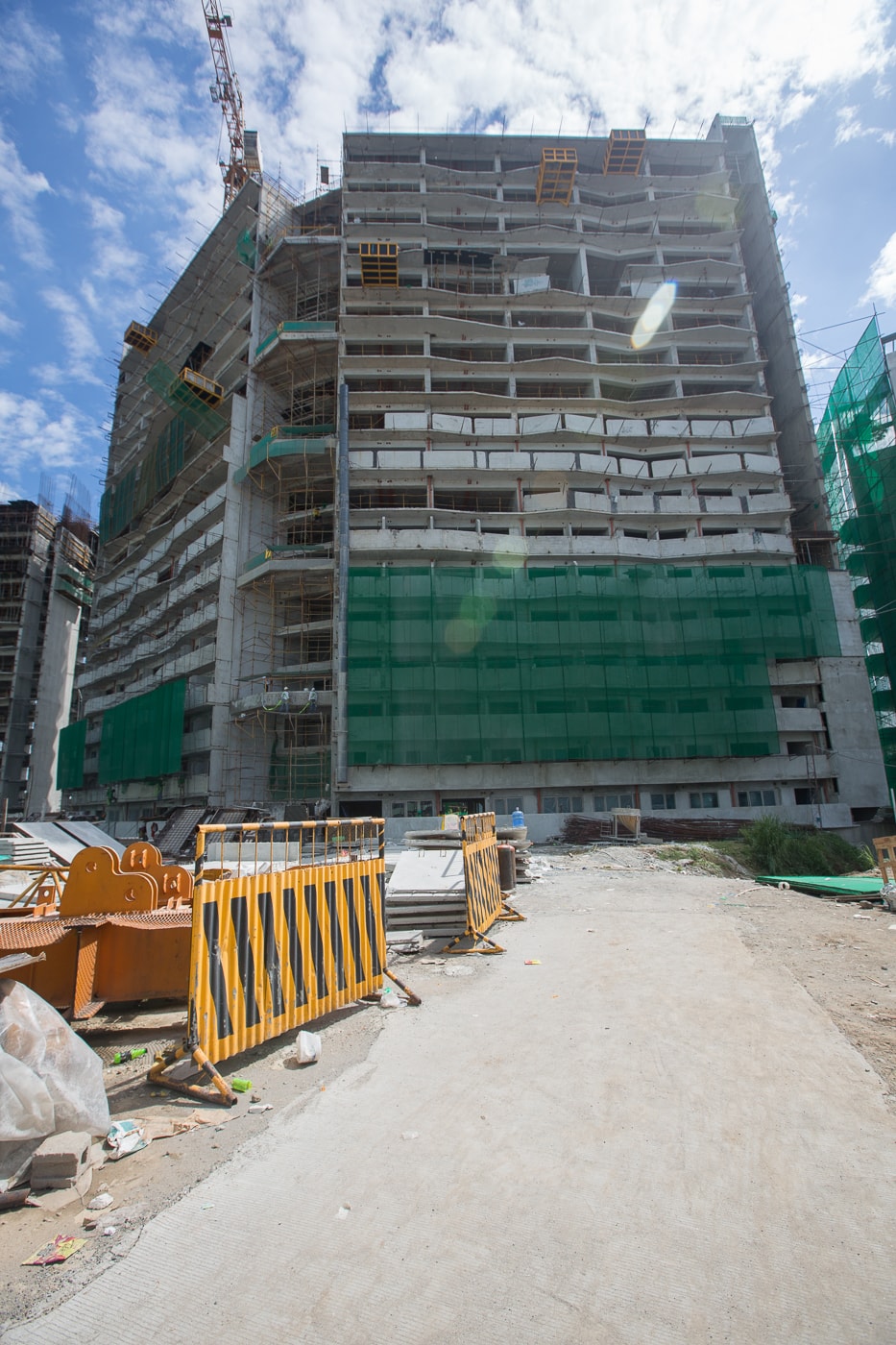 Ongoing works at the newly topped off Roxas West Tower 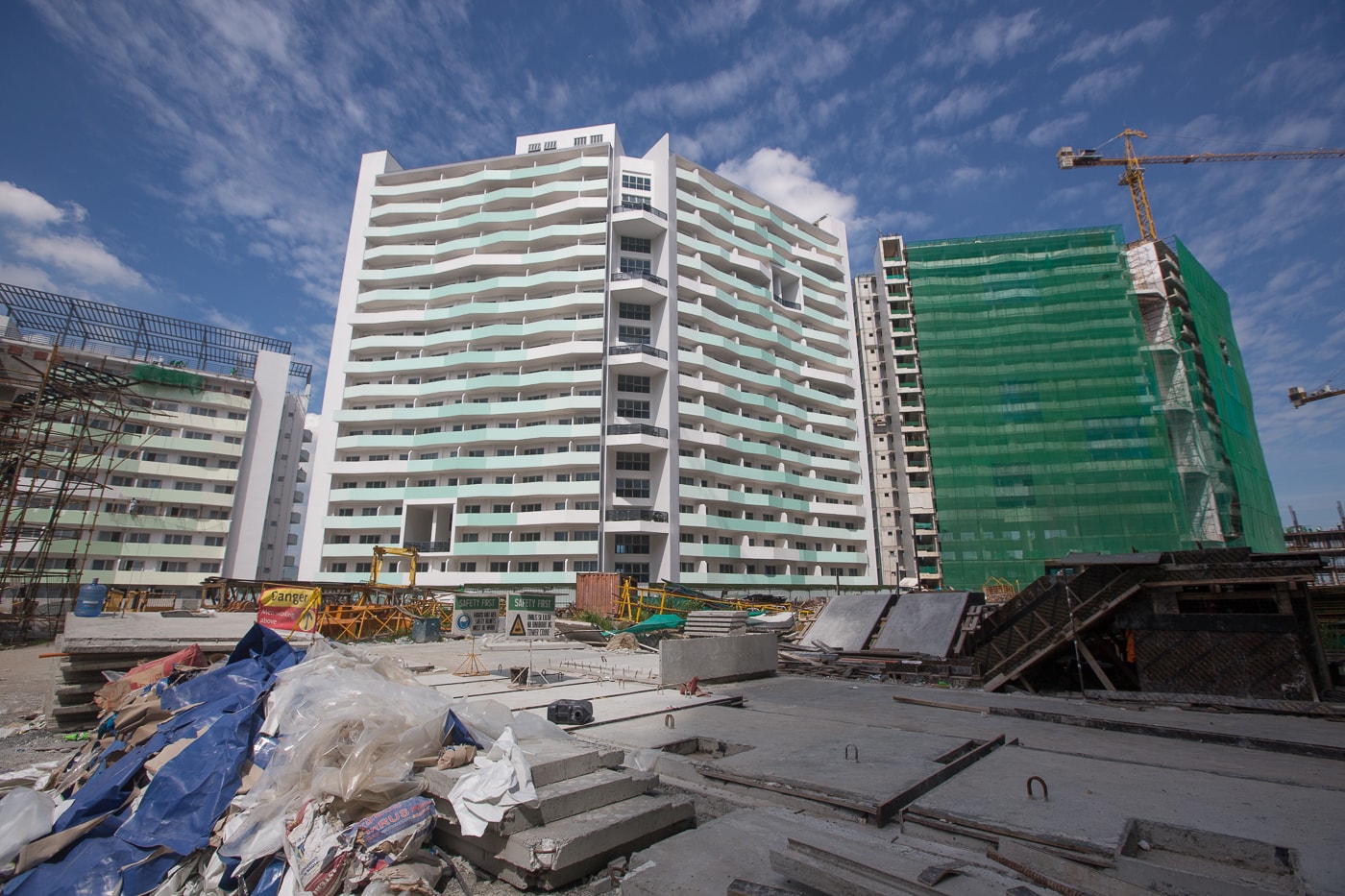