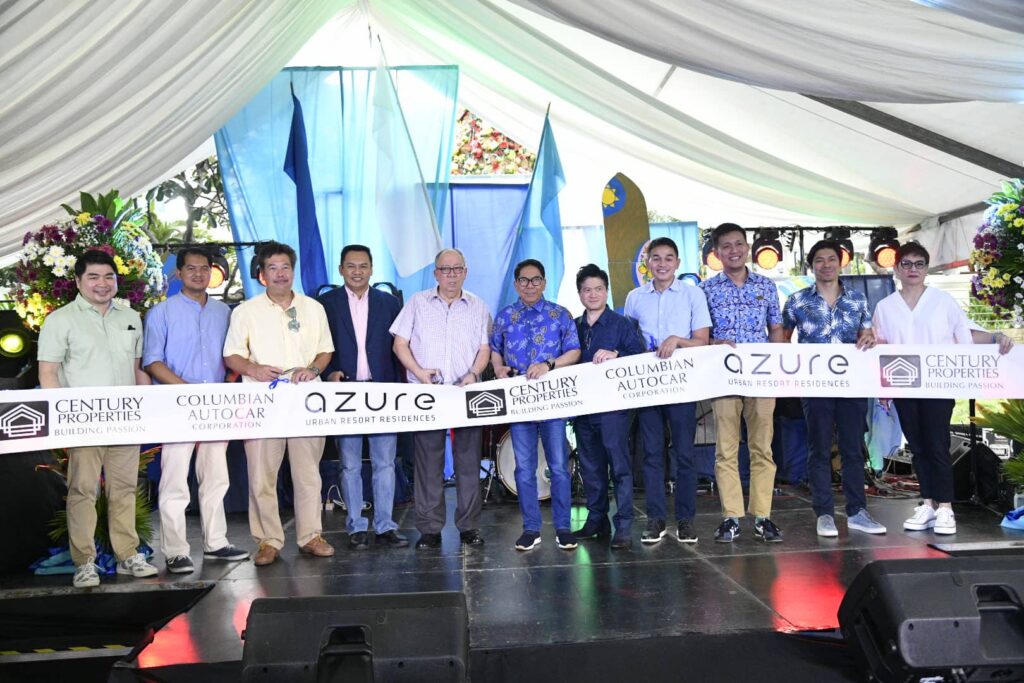 This milestone marks the completion of nine Azure towers with 5,355 units and a total sales value of Php22.55 billion, with 98 percent of the inventory already sold out. The Azure towers were named after world-famous beach destinations such as Rio, Santorini, St. Tropez, Positano, Miami, Maui, Maldives, Boracay, and Bahamas.

“We are very much excited to announce the full completion of one of Century Properties’ most groundbreaking developments, the Azure Urban Resort Residences. We wanted to deliver a beach resort experience complete with a man-made beach right in the middle of the city and here it is, fully realized as committed to our homeowners. Now, they get to fully experience the beach in their backyard and for 365 days a year,” said CPG Vice Chairman John Victor R. Antonio.

CPG President and CEO Marco R. Antonio also thanked the Azure homeowners and recognized the hard work of the Century team of employees and consultants who helped bring the project concept to life.  “The Azure is a product of our passion to continuously push the envelope in real estate and give our clients extraordinary experiences. To our homeowners, thank you for your trust. To our hardworking team, thank you for your help and commitment,” he said.

A winner of the Philippines Property Award and Southeast Asia Property Awards as the Philippines’ Best Condo Development, the Azure bears a tropical modern aesthetic that is reflected on its 9 towers and amenities. Its central amenity, the bean-shaped Paris Beach Club, was personally designed by Paris Hilton and houses as a café, dining area, function room, game room, movie room, a spa, and a gym.

The Azure Urban Resort Residences is a development of Century Limitless Corporation, a subsidiary of Century Properties Group. It is in West Service Road, Marcelo Green, beside SM Bicutan in Parañaque City.