Century Properties outlines the must-haves for a disaster-ready home

Given our country’s location along the typhoon belt and the Ring of Fire, we’ve learned to prepare for natural disasters like earthquakes and typhoons. Every year, an average of 20 typhoons enter the Philippines, at least five of which are catastrophic. As we rise above the onslaught of successive typhoons these past months, the idea of owning a disaster-proof home comes to mind. Having your own home is a valuable investment as it is, more so if you’re assured that it’s built to last.

Known for its groundbreaking properties found in key locations in the city and in the provinces, Century Properties recognizes the importance of building not just captivating structures, but architectural marvels that also uphold the safety and well-being of its communities.

When looking for a home, the most important consideration you need to make is the location. Beyond the convenience and accessibility, you also need to check if the area you’re looking into is flood-prone or not.

In the north, though The Residences at Commonwealth in Quezon City stands on an elevated location, Century Properties took into consideration the surface water runoff that might affect its neighboring villages and establishments. The site is also properly graded to make sure that the runoff from the property drains to the proper outfall locations.

For the Residences at Azure North in San Fernando, Pampanga, the entire site was back filled by 3 to 4 meters to elevate the finish grade. An adequate drainage design was also incorporated for flood readiness.

The area of Century City, along Kalayaan Avenue in Makati City, has not experienced uncontrollable floodwater surges, but that doesn’t mean proper systems aren’t needed. To prepare for unexpected surges, Century Properties has put in place a flood-prevention and mitigation system that includes the installation of sump pumps within the buildings which pump out water into the drainage.

In addition, the company made sure to rehabilitate drainage lines found under neighboring streets to lessen the possibility of basement flooding. Ensuring that drainage lines are in good condition help regulate the flow of water pumped out as well. Regular de-clogging and adding of new drainage culverts were also done around Valdez Street, Salamanca Street, and Kalayaan Avenue toward the Pasig River outlet.

Meanwhile, in Acqua Private Residences in Mandaluyong, homeowners need not worry about living in a waterside development. An extensive flood risk analysis was done for the site during its planning stages and though its less likely to experience flooding given its open access to the sea, Century Properties still undertook measures to prevent flooding. All parking areas are above ground floor level. The ground floor of all towers, and its amenity and retail areas have an increased elevation of 1.5 meters.

Down south at the Azure Urban Resort Residences in Parañaque City, Century Properties worked with Barangay Marcelo Green as well as the city government in the construction of a drainage system that traverses through the company property. This assures not only current Azure residents of a flood-free path, but also pedestrians and motorists as well who use Azure’s portion on West Service Road.

It’s no secret that when you are located on a higher floor, the most likely you’ll feel the ground shake during an earthquake. During these occurrences, it’s best not to panic and to stay vigilant. Century Properties follows the Philippine National Building Code, employing a team of engineers and architects to ensure the integrity of its buildings in Century City Makati, the Residences at Commonwealth in Quezon City, the Residences at Azure North in San Fernando, Pampanga; Acqua Private Residences in Mandaluyong and Azure Urban Resort Residences in Paranaque City.

On top of following the National Structural Code of the Philippines, the high-rise condominiums developed by the company also employ SMRF or Special Moment Resisting Frame, which are frames with members and joints that allow buildings to withstand the forces caused by an earthquake. For its much taller buildings that dot the skyline, the company goes above and beyond by using Performance-Based Design methods – considered as a gold standard in designing skyscrapers around the world as it specifies design parameters for a building to withstand the seven strongest earthquakes within the past 2,500 years.

In the Philippines, March is observed as Fire Prevention Month. There are numerous causes and hazards related to fire; and maintaining vigilance is a must. In all projects by Century Properties, proper equipment is in place such as fire alarms, smoke detectors, sprinklers, fire extinguishers, and fire hose cabinets, and the presence of fire hydrants as readily available water sources. These are regularly tested and replaced to ensure effectiveness in case of fire.

Pressurized fire exits are also strategically-located in each building, providing homeowners and staff a place to go during an emergency. Regular fire, earthquake, and emergency preparedness drills are conducted in every property to make sure everyone knows what to do, most especially the security and property management team, and circulars are also disseminated to keep everyone informed.

The property management team is in charge of making sure the building is sound and in good condition. Aside from making sure all safety equipment are in place, the team also undergoes frequent training so they know what to do during emergencies. From handling equipment to providing assistance – homeowners can count on a professional and equipped property management team.

Century City, Acqua, Azure, Commonwealth, and Azure North also have Emergency Brigade Teams (EBT) per building that train regularly. Each team is ready to respond in case of an emergency, may it be a fire, an earthquake, and the like.

These days, finding a home goes beyond what looks good on paper. With your hard-earned money and safety on the line, choose a home where you can feel safe and secure. When inquiring about a property – don’t hesitate to ask for its design specifications relating to disaster preparedness. Now more than ever, research and asking the right questions are key.

If you’re on the hunt for a home, log on to www.century-properties.com. From the home page, you can check the list of properties and take a virtual tour of Commonwealth by Century, The Resort Residences at Azure North, Batulao Artscapes, and Acqua Private Residences. You can also talk to a property specialist to discuss the available units and payment terms. #YouNeedSpace to feel safe. #ChooseCenturyProperties 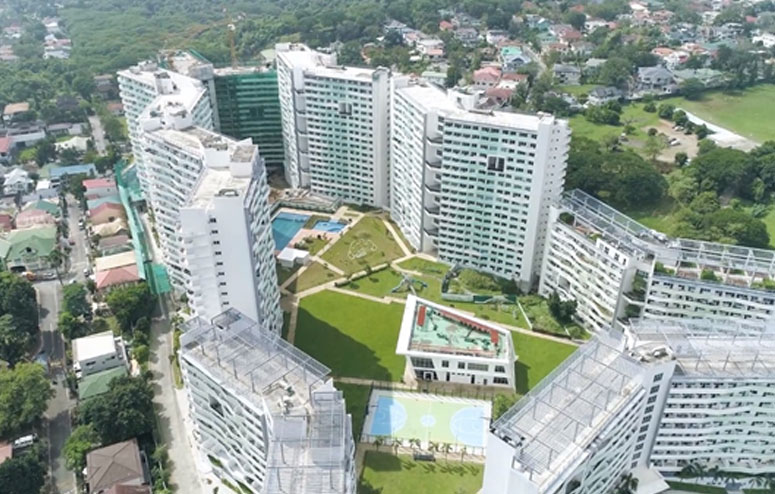 The Residences at Commonwealth by Century in Quezon City 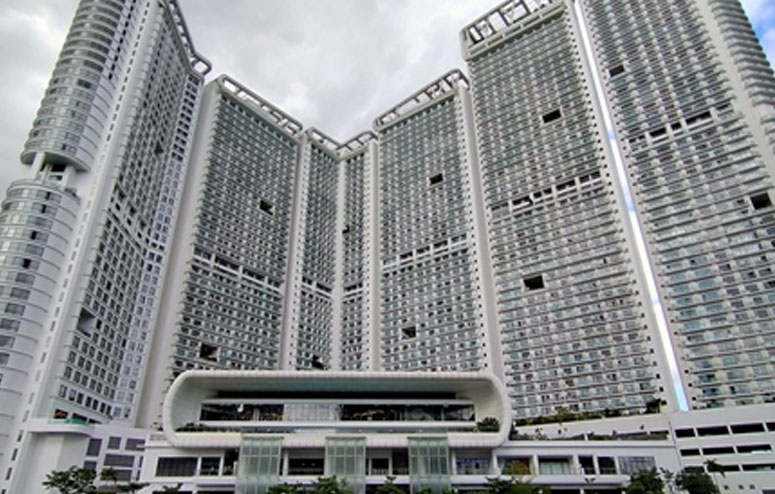 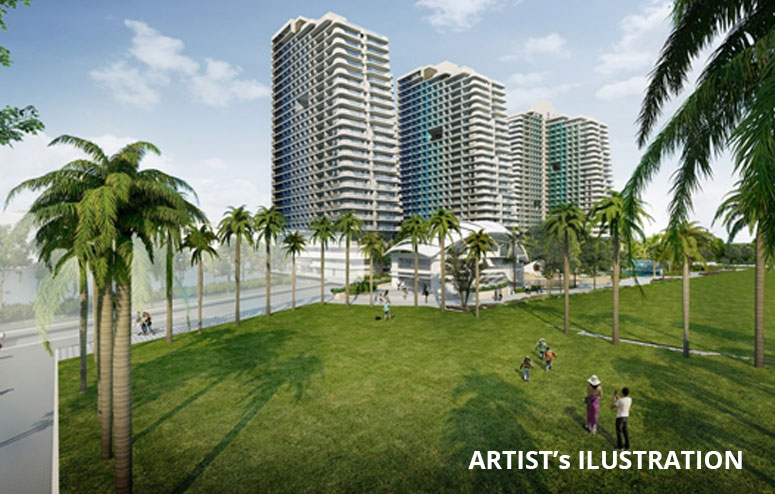 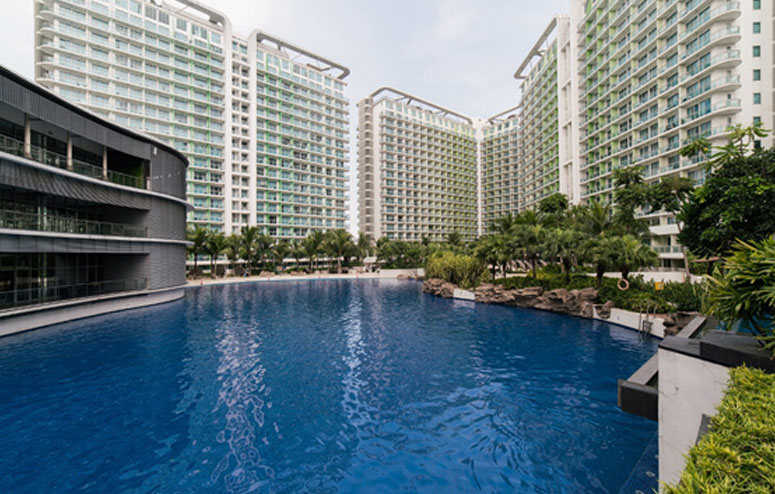