[September 20, 2018] Century Properties Group Inc. (PSE: CPG) and the global business enterprise Mitsubishi Corporation launched this evening the newly-formed joint venture company PHirst Park Homes, Inc. at the Shangri-La Hotel in Fort Bonifacio and announced its plans to cater to the broader market of first homebuyers by rolling out 33,000 units in key locations outside of Metro Manila with an estimated sales value of P57 billion. The joint venture company is 60 percent and 40 percent owned by CPG and Mitsubishi, respectively.

According to Mr. Ricky M. Celis, President and CEO of PHirst Park Homes, within the next 5 years, the company will launch 15 masterplanned communities in Calabarzon and Central Luzon. These new launches will entail capital expenditures of approximately P28 billion, of which P11 billion will be spent in the first 5 years. “The company is also eyeing expansion into the Visayas and Mindanao regions once it has established technical and market scale, Celis said. 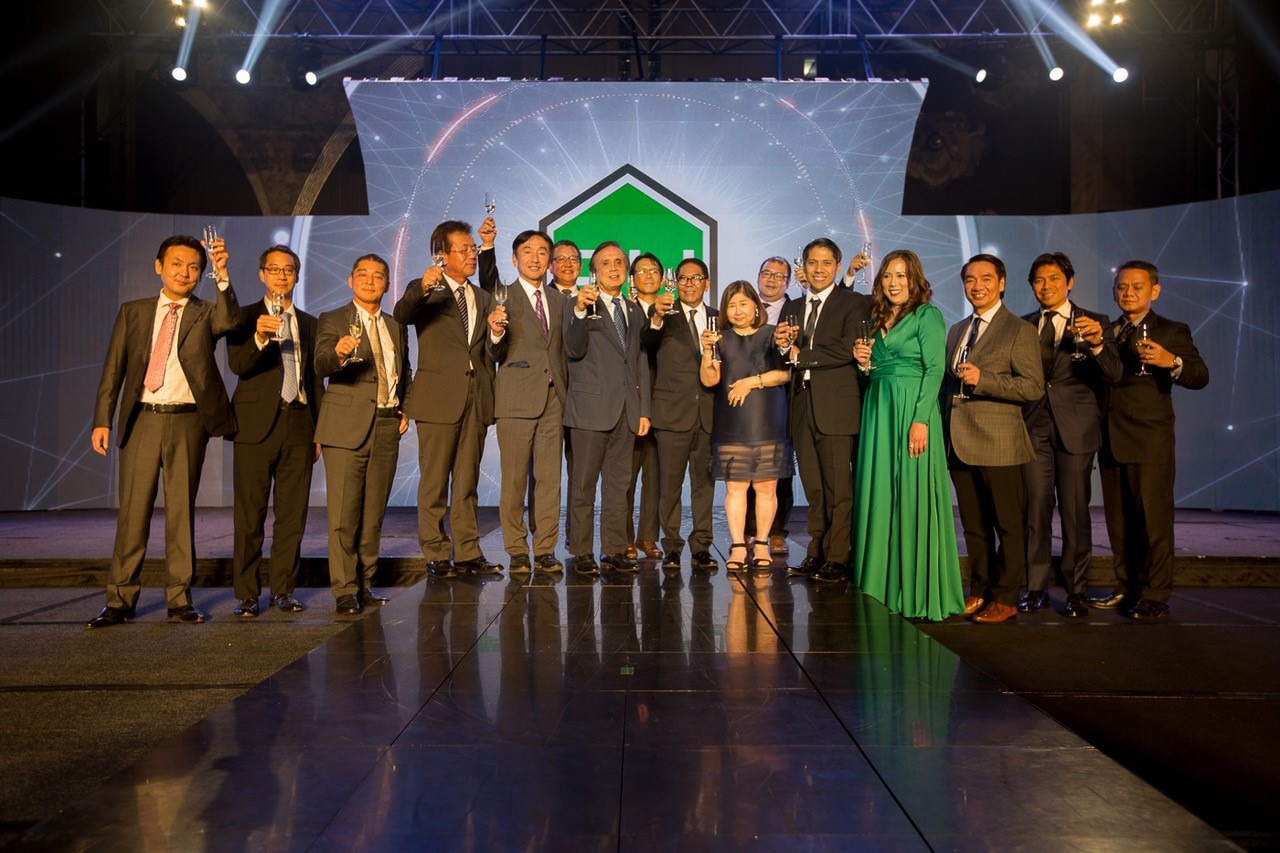 “We are pleased to announce this new chapter in the company’s history of serving the housing needs of our Filipino first home buyers in a much larger scale. It has always been Century’s desire to contribute to nation-building, and through PHirst Park Homes we will provide the increasing middle-class segment with quality homes that inspire pride of ownership. Mitsubishi Corporation has been instrumental in PHirst’s initial success in Tanza, Cavite. We thank Mitsubishi for its continued trust and confidence in CPG and we look forward to working with them on more projects in the future,” said Century Properties Chairman and CEO Jose E.B. Antonio.

“We are grateful for the trust Century Properties have bestowed on us. Our partnership started three years ago, and Century Properties Group has been very passionate and creative in every scene. With our strong relationship with Century Properties Group, we are very convinced that PHirst Park Homes will make significant contributions in addressing the housing backlog in the Philippines.” said Mitsubishi Corporation Senior Vice President and Division COO of Real Еstatе Business Division Takuya Kuga.

Mitsubishi Corporation, on the other hand, brings to the partnership its expertise in development and technology. It is in businesses across virtually every industry, including industrial finance, energy, metals, machinery, chemicals, and daily living essentials. Its current activities have expanded far beyond its traditional trading operations to include investments and business management in diverse fields including natural resources development, manufacturing of industrial goods, retail, new energy, infrastructure, finance and new technology-related businesses.

PHirst Park Homes’ expansion comes on the heels of its successful maiden launch in Tanza, Cavite, which has already sold out its first phase with 1,200 units valued at approximately Php1.4 billion. Around 600 units of town homes and single attached models are expected to be completed within 2018.

Century Properties Group’s foray into the first homebuyer market is part of the company’s ongoing portfolio expansion. From being concentrated in high-rise condominium projects, CPG has entered into allied real еstatе segments including affordable horizontal housing, leisure and tourism developments, and for-lease properties to expand its portfolio into a solid, four-platform business. #