[May 2017] PHirst Park Homes®, the first-home division and brand name of listed real estate developer Century Properties Group, Inc., has unveiled its first development in the municipality of Tanza, Cavite, south of Metro Manila this month.

The 26-hectare horizontal community is accessible via Governor’s Drive, one of the major highways in Cavite, and is about 3 minutes away from SM City Trece Martires. The first phase comprises 1,000 units that will generate sales of Php1.4 billion, said Ricky Celis, newly-appointed President of PHirst Park Homes®.

“After devoting many months to meticulous planning, we are happy and excited to introduce this project to hardworking Filipinos here and overseas who dream of owning beautifully designed homes for their families. This maiden venture of Century into the first-home market seeks to raise the bar in the category, following its tradition and DNA of innovation. PHirst Park Homes® is redefining affordable living by offering more value above industry standards, and we are doing so at very competitive prices,” he added.

A 40-square-meter home starts at Php1 million at an attainable monthly amortization of Php9,000 a month.

PHirst Park Homes® introduces its superior values through the 4Cs, describing its homes and the entire project as Complete, Conceptive, Connected and Convenient, said the division’s Vice President for Marketing and Sales, Loren Sales.

This early, the project has received high interest in the market because of its attractive and unique features, Sales further noted. Townhouse and single attached units at PHirst Park Homes® feature a move-in ready concept, in which homes are delivered “Complete” with a perimeter fence and gate, finished ceiling, flooring and bathrooms. Provisions for future space expansions, as well as space for garden or a carport, are included in the package.

PHirst is also introducing engaging and “Conceptive” amenities that go beyond the basics. The development pioneers the “Park Homes” concept, which integrates a Central Amenity Park, a Linear Park, and other life-enhancing amenities into the masterplan.

Residents entering the property from Governor’s Drive will be welcomed with a tree-lined gateway, giving them a distinct sense of arrival and ushering their “home in a park experience”. The gateway leads to PHirst’s Central Amenity Park, where a clubhouse with function rooms, multi-purpose hall and videoke room, swimming pool and kiddie pool with deck pavilion, and a water play area can be enjoyed.

Outdoor amenities include a basketball court, open air cinema, picnic lawn and skate park. Car parking is available, as well as bicycle racks, as roads have provisions for pedestrians, cycling, and jogging to promote health and fitness activities.

Past the Central Park is the Linear Park, a continual green belt that runs across the project area, delighting the senses with nature and flora and promoting interaction and healthy living. The smaller Linear Park sections are good for cycling, jogging and nature walks, added Sales, while the wider sections that reach up to 10 meters wide have a children’s playground, outdoor gym, a Bark Park for dog walking, seating alcoves with Wi-Fi Internet and even a Foot Reflexology Park.

PHirst Park Homes® Tanza also has Shophouses along Governor’s Drive, which will serve as the future retail strip of the community.

The community will be “Connected” to life’s essentials through Wi-Fi zones with reliable internet service and a shuttle system that will take residents to the nearest transport hub.

In terms of safety, the development will have 24/7 security including a guard house, a high reinforced concrete perimeter fence and CCTV cameras and monitoring system. It is also flood-free.

With all its beautiful features, from the homes to amenities and experiences that it offers, PHirst Park Homes® Tanza is indeed a cut above the rest, Celis said, especially with a “Convenient” and much-simplified buying process for future homeowners.

PHirst Park Homes® is a partnership of Century with the global integrated business enterprise, Mitsubishi Corporation. This move effectively expands Century’s portfolio of residential offerings, from luxury and mid-priced condominiums in the business districts and city centres to first homes in horizontal properties within key growth areas outside Metro Manila. # 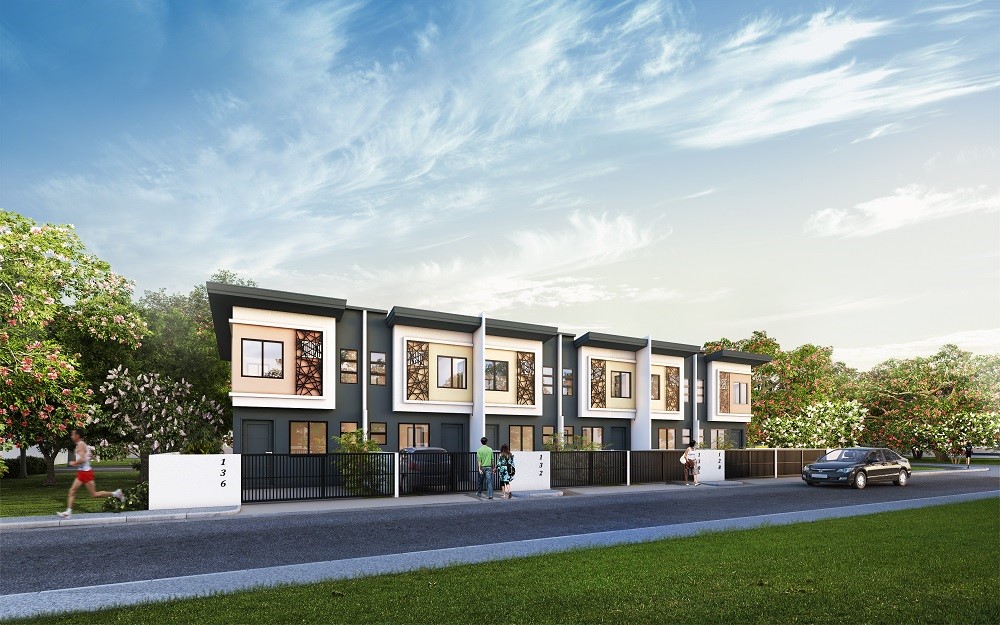 Artist’s rendition of PHirst Park Homes ® Tanza. It is the first in its category to feature houses delivered complete with a perimeter fence and gate, finished ceiling, flooring and bathrooms. Provisions for future space expansions, as well as space for garden or a carport, are included in the package. 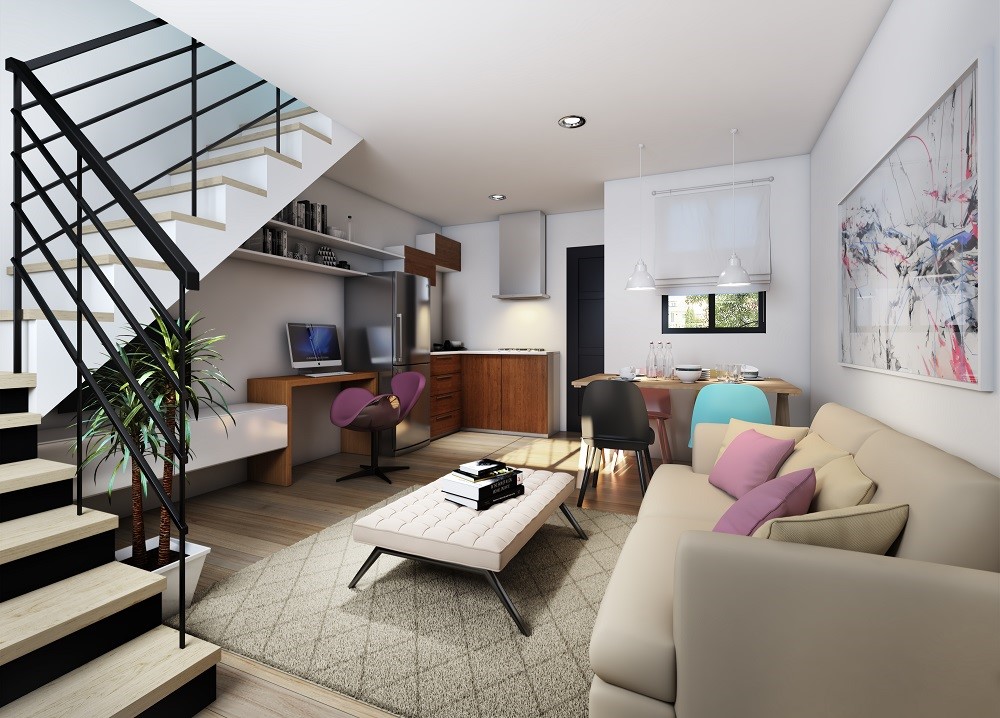 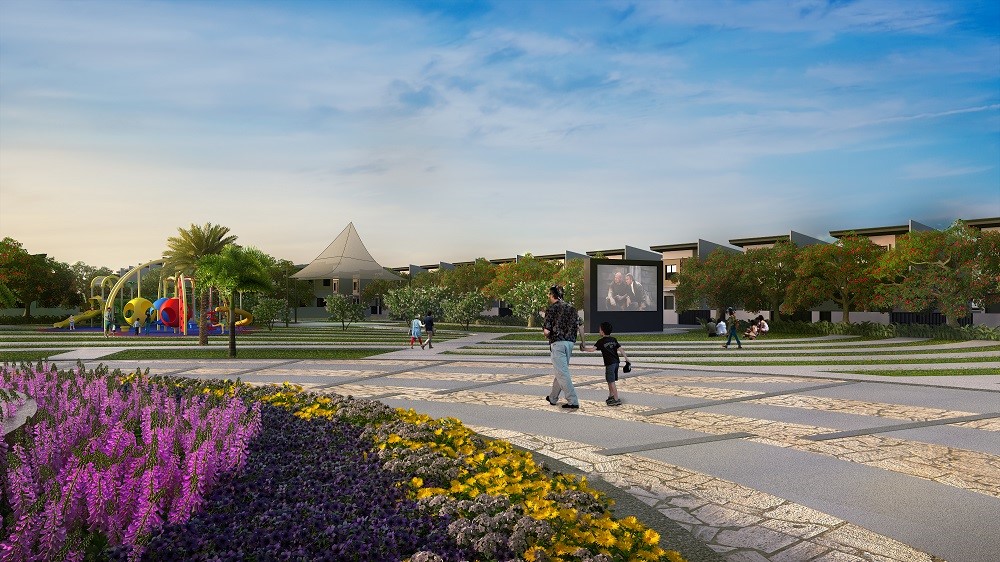 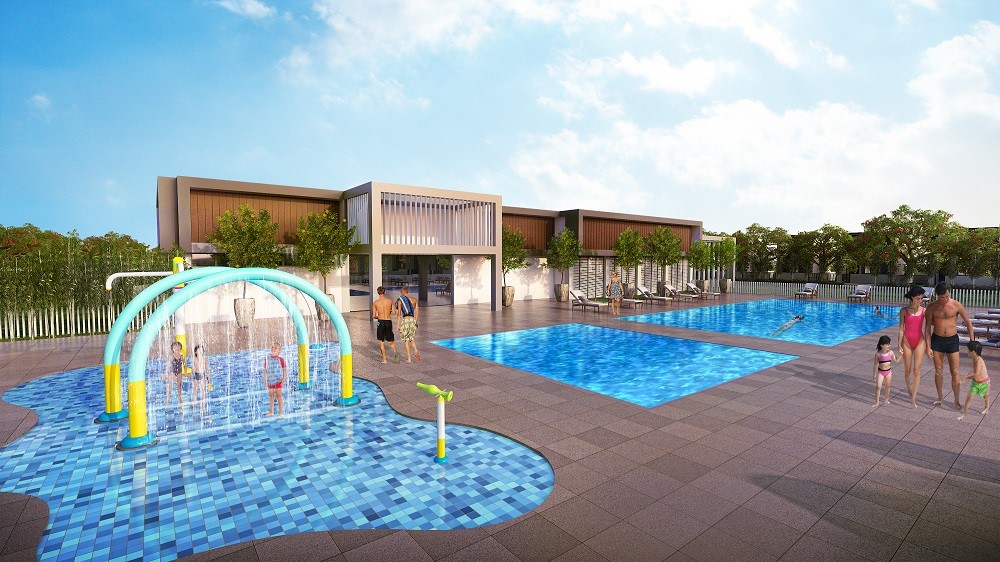 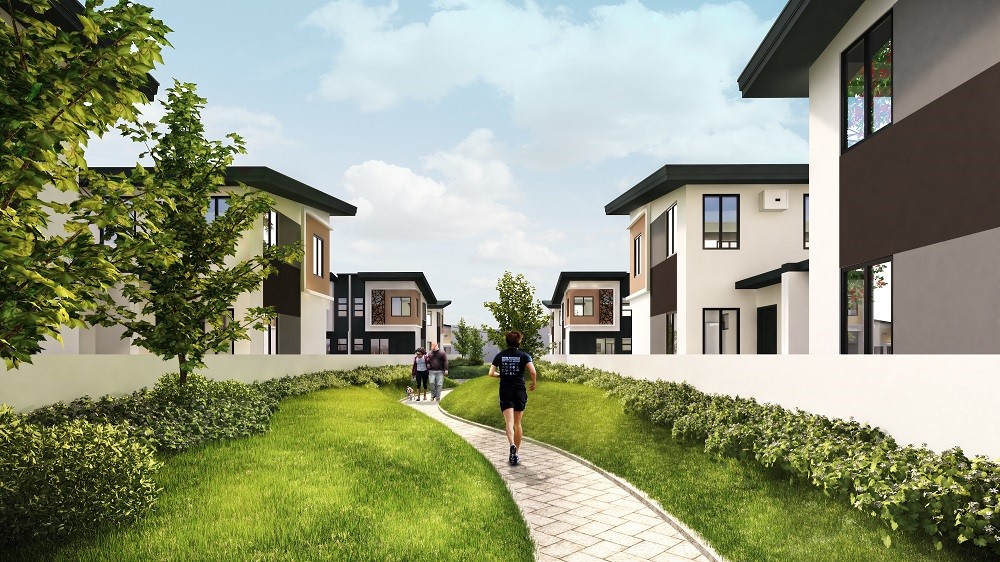 Artist’s rendition of PHirst Park Homes ® Tanza’s Linear Park. The smaller Linear Park sections are good for cycling, jogging and nature walks, while the wider sections that reach up to 10 meters wide have a children’s playground, outdoor gym, a Bark Park for dog walking, seating alcoves with Wi-Fi Internet and even a Foot Reflexology Park.