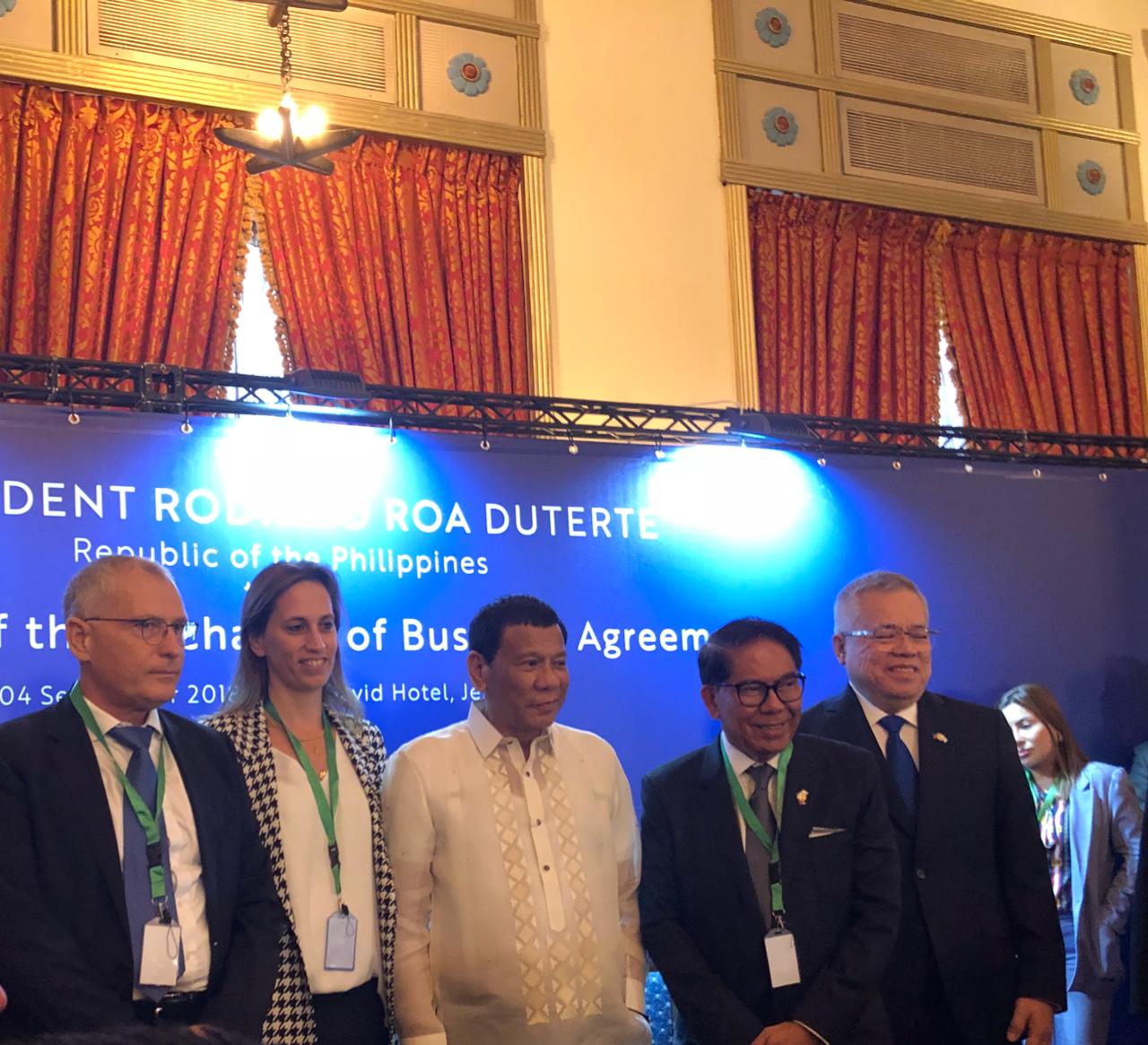 President Rodrigo Duterte’s four-day visit to Israel from September 2-6, 2018 with members of the cabinet and a major business delegation augurs well for the Philippine-Israel relationship and has brought additional on investments to the Philippines. One of the major agreements signed was between Century Properties, Inc., the holding firm of top real еstatе company Century Properties Group in the Philippines, and Globe Invest, a major international conglomerate engaged in advanced technological applications in various industries including energy, agriculture, real еstatе, co-working and co-living spaces, water management and other businesses.

The agreement was signed on September 4 by Century Properties Executive Chairman of the Board Jose E.B. Antonio (4th from left) and Shmuel Weiss (1st from left) of Globe Invest in the presence of President Duterte and Department of Trade and Industry Secretary Ramon Lopez (rightmost).

The two companies will enter into a Joint Venture Agreement for advanced energy optimization management, advanced agriculture and urban farming, prefabricated housing, water desalination, and other master-planned real еstatе development projects. Sources said the partnership will result to investments worth over US$ 1 billion. #