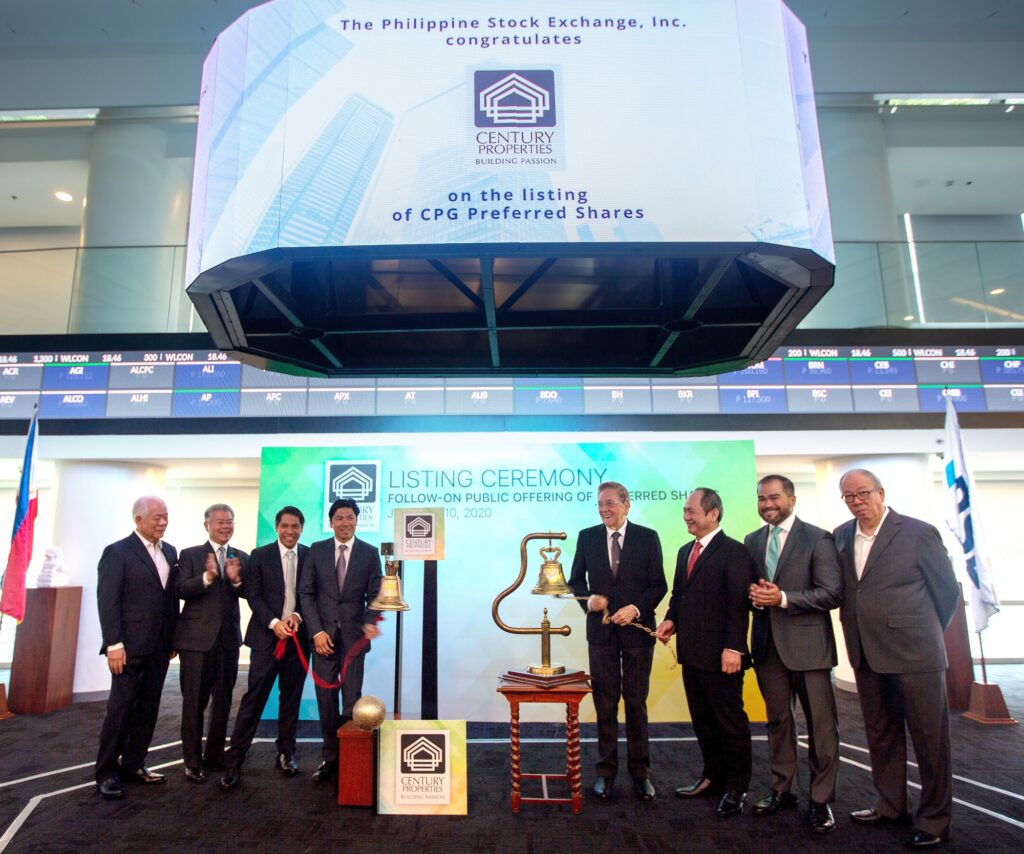 “We are very happy with the overwhelming market reception to CPG’s first fundraising exercise in the equity capital markets since 2011. This is a strong vote of confidence in the direction that the management has taken to drive growth for the company, supported by concrete results so far delivered through our positive financial performance over the past several quarters,” said CPG President and Chief Executive Officer Marco R. Antonio.

“We are very pleased to usher the new year with the first equity listing for 2020. The success of CPG’s preferred shares offering demonstrates the market’s confidence in the company’s strategy of sustaining its impressive growth through a diversified property portfolio,” said China Bank Capital President Ryan Martin L. Tapia.

CPG successfully raised funds early last year through a bond offering to grow the company’s affordable housing business.  Commercial leasing and affordable housing are two allied real estate segments that CPG is growing as part of its plans to diversify its real estate portfolio from being primarily focused on high-rise condominium developments and build a stronger firm with well-balanced sources of revenue. Each segment is estimated to contribute at least 30% of CPG’s net income in the next 3 years.

Due to strong demand, the transaction priced at the tight end of pricing guidance of 275 to 325 basis points. The dividend rate is set at 6.7177% per annum and dividend payment dates will be quarterly every January 10, April 10, July 10, and October 10 for a period of 3 years. The stock offering will be listed on the main board of the PSE under the trading symbol, “CPGP.”

As disclosed in its quarterly report, CPG posted for the first 9 months of 2019 an 81% increase in net income to Php 1.2 billion compared to Php661 million in the same period last year, exceeding its full year 2018 net income of Php 1.1 billion. The company’s consolidated revenues rose 35.6% to Php9.8 billion compared to Php7.2 billion in the same period a year ago.